We recently bought a new chest freezer to help us eat at home more. I went out and bought the above mentioned Kenmore chest freezer from Sears in February of this year. I brought it home and installed it. Waited the four hours it tells you to before adding food and all was good.

Until about a week ago. I noticed a bizarre gas smell. That’s the only way I can explain it. Not propane, not natural gas, but it was gassy. It was also isolated to where the chest freezer was. I went outside to the front and rear of where the freezer is sitting, and I could not smell anything. I finally looked over at the ground and saw this yellowish liquid that was spilled out which had also leaked onto a piece of paper. I picked up the piece of paper and brought it to my nose and inhaled. THAT was the smell I had been smelling the entire time.

I immediately disconnected the power and moved the freezer to the outside of our house. I had no idea what the gas was and if it was toxic. I wasn’t going to take any chances.

I tried calling Sears support, but by the time I had called, they were already closed. They’re about three to six hours ahead of us.

I call the next morning and get an appointment for the next day between eight and five PM. The tech gets here almost closer to five, and he gives it a look over and isn’t a hundred percent sure what was wrong with it. He said he’d have to call into Sears tech support which reside in the mainland and that it was already closed. He said he’d call the following day.

I didn’t hear back from the guy, but when I check my ticket, I can see that I have another appointment scheduled for next week.

I Googled and Googled but could not find anyone with the same exact problem as mine. Hopefully, this post will find someone that has had the same problem and can help them in some way. Again, I don’t know what is wrong with the unit yet. It might be the compressor as the tech mentioned it looked like the oil was from the cooling unit.

Here’s a picture of the liquid that I was talking about. 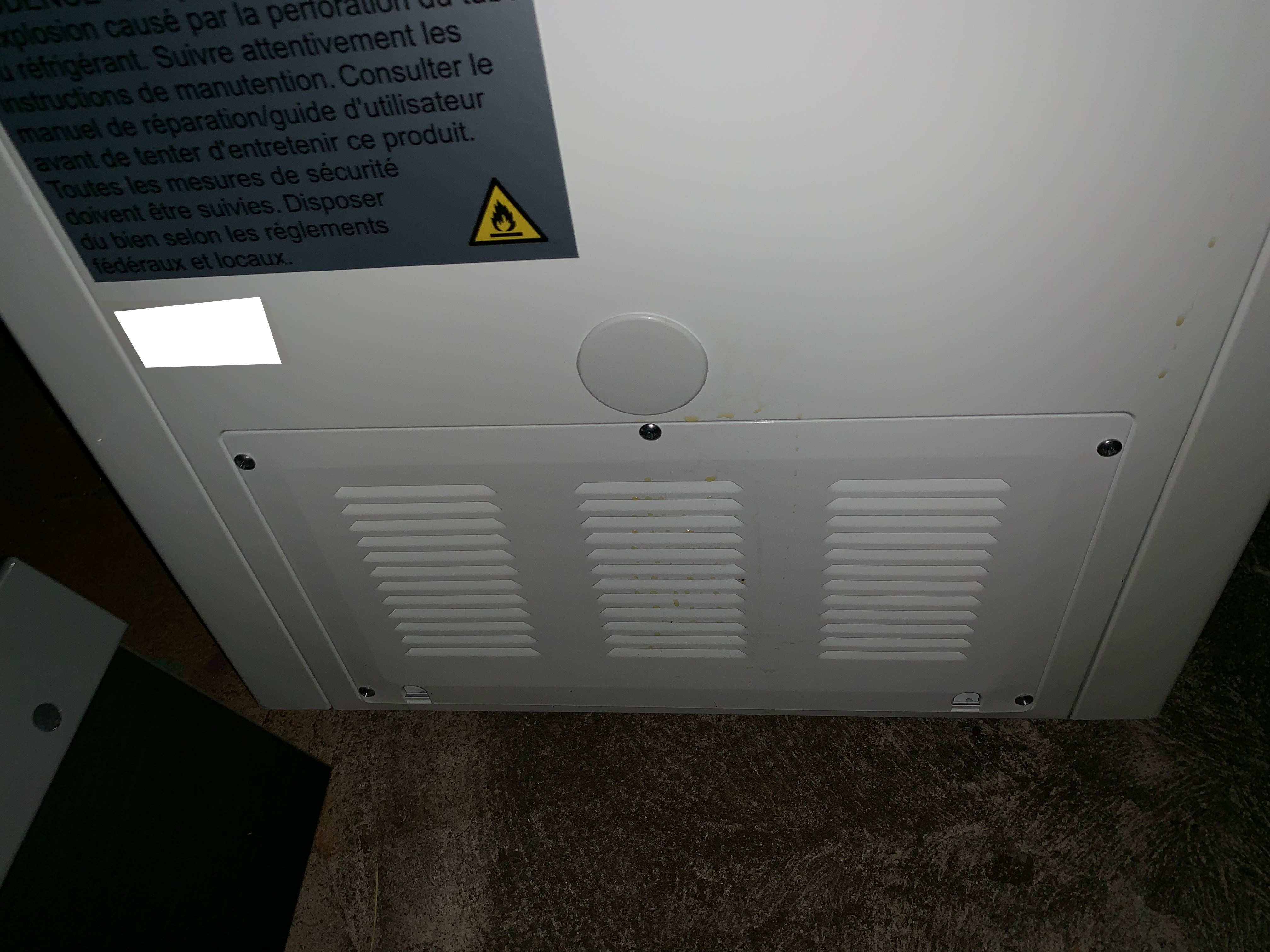